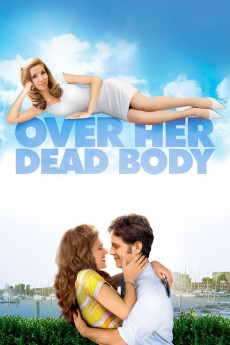 Stephen Root, Paul Rudd, Lake Bell, Eva Longoria
Kate Spencer's controlling nature has turned her into a typical bridezilla on her wedding day to veterinarian Henry Mills--until she is killed in a freak accident associated to her trying to control her wedding. One year later, Henry has been unable to move on, and solely to humor his loving sister Chloe he consults part-time psychic (and part-time caterer) Ashley Clark for any possible word from Kate from the great beyond that she wants him to move on with his life. Ashley receives no word from Kate, so Chloe steals Kate's diary and eventually convinces Ashley to use it to feed information to Henry about his and Kate's life that only they would have known, to confirm that Kate does want him to move on. Ashley only agrees to this because it might lift him out of his obvious depression. Henry and Ashley spend time together and Henry starts to open up to Ashley as a man to a woman for the first time since Kate, and Ashley returns his feelings. Then Kate's ghost, unhappy that Henry might be forgetting her, returns to haunt Ashley, becoming visible only to her to make crystal-clear that she wants her out of Henry's life. Thus begins the battle between Kate and Ashley over Henry: are Ashley's feelings for Henry strong enough to deal with Kate's ghost who seems to have the upper hand? Peripherally on Kate's side is Ashley's gay catering assistant, Dan Sianidis, who has his own thoughts about Henry in Ashley's life. But Kate's story is not as clear to her; beyond her issues with Ashley in Henry's life, she has forgotten that she is in limbo until she completes her mission.