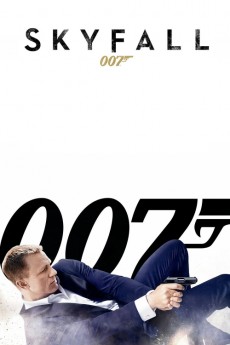 Helen McCrory, Daniel Craig, Naomie Harris, Ralph Fiennes
James Bond's (Daniel Craig's) mission is to keep a computer drive that has a list of British Agents from being used against them. He chases the man who has it, and they have a brawl on top of a train. Miss Eve Moneypenny (Naomie Harris), an Agent sent to assist Bond, has them in her crosshairs, but hesitates to take the shot, because she might hit Bond, but M (Dame Judi Dench) orders her to take it. Which she does, and hits Bond, who falls into the river and is believed to be dead. A few months later, the British government is upset with MI6 for losing the list; specifically with M. She is told that she'll be allowed to retire, but she refuses to leave until the matter is resolved. So she returns to headquarters to work on it, but as she arrives, there's an explosion. In the meantime, Bond, who is not dead, has been laying low. When he learns of what happened, he returns. And M tasks him with finding the one who has the information. He eventually learns that the man who has it, Tiago Rodriguez, a.k.a. Raoul Silva (Javier Bardem), is someone from M's past and who has it in for her.