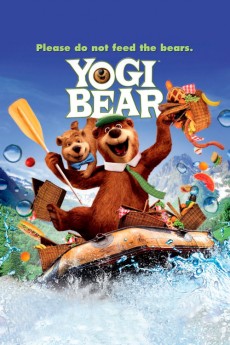 Anna Faris, Justin Timberlake, T.J. Miller, Dan Aykroyd
Head Ranger Smith runs Jellystone natural park neatly -apart from Yogi's stunts- loyally assisted by simpleton trainee ranger Jones, a boy-scout who wants the real work, not just folding maps and cleaning up. Mayor Brown however needs cash to turn over the budget deficit and spoil the voters to run for governor, so he jumps at his sycophantic chef of staff's idea to rezone the park and sell it as farm land. That's possible under city bylaws if the park runs a deficit, as every year before. The rangers and bears, joined by nature documentary maker Rachel, who proves a romantic match for Smith, desperately seek to achieve a budget surplus in the last fiscal week. They rely on the park's centenary to sell season tickets, but the mayor bribes Jones to sabotage the festival and become the new head ranger. Once that's done, only a natural deus-ex-machina which nobody noticed before can save the park.